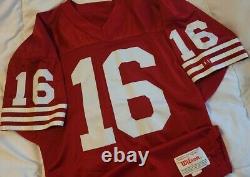 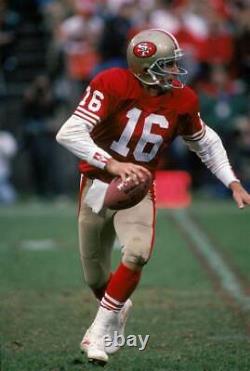 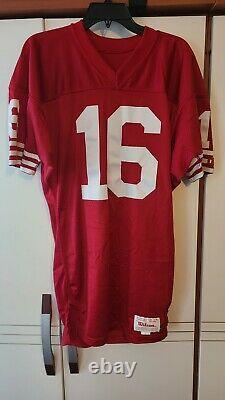 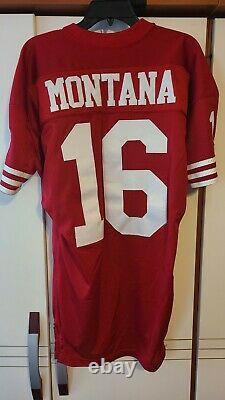 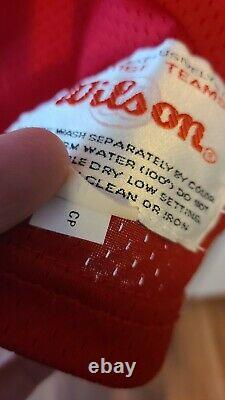 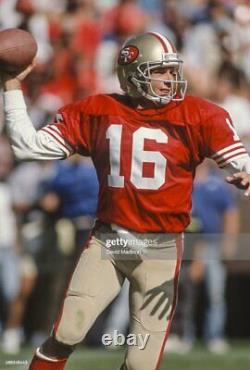 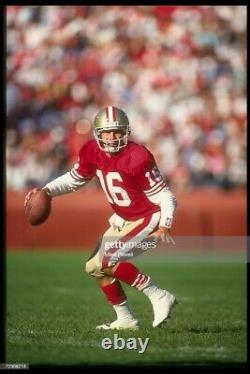 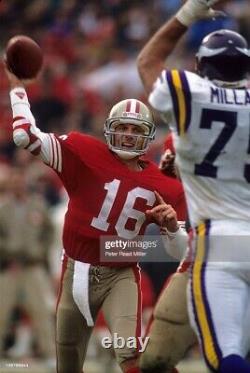 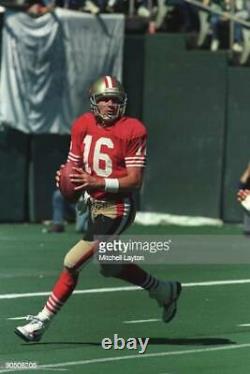 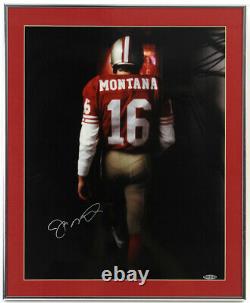 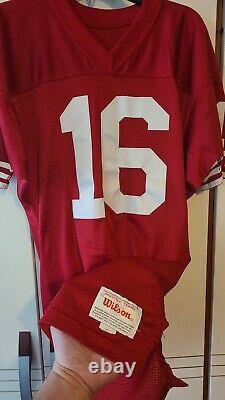 You are looking at a 1990 San Francisco 49ers, unworn, player issued game jersey of one of the greatest quarterbacks of all time - Joe Montana # 16. Jersey is made by Wilson, has everything sewn on, cut sleeves, and is a size 44. Jersey has the "CP" code which is the code for the 1990 season - the last season that Joe led the Niners to the Super Bowl XXIV victory. Really amazing piece that would be amazing to get signed by the man. For more about Joe, see the write up below.

Joe Montana is a legendary quarterback inducted into the Pro Bowl Hall of Fame. In his 15 year career, he has played for the San Francisco 49ers and the Kansas City Chiefs.

Joe Montana is the first-ever player to be named Super Bowl MVP three times (Super Bowl XVI, XIX and XXIV). He holds the NFL record for most wins in a Super Bowl without a loss (4). This is a record he shares with Terry Bradshaw. Montana also holds the record for most pass attempts in a Super Bowl without an interception (122). Joe Montana is one of the most successful quarterbacks to have played the game and the 49ers retired the number 16 jersey in his honour.